In our June issue, it was announced this publication would change from monthly to quarterly. However, some readers expressed a desire to remain current with emerging events and trends. Consequently, we have decided to adopt a periodic approach and send out a newsletter whenever sufficient content has been compiled. As always, the purpose is to help promote in the public interest a fair and balanced discussion of the topics at hand. Everyone is invited to send by email new material for inclusion in the next edition.

Readers may be interested to know that our mailing list includes nearly 100 researchers and organisations that might be considered "unsympathetic" to certain EMR concerns. So far, only one has unsubscribed. Maybe a few of them are reading this page with you right now. 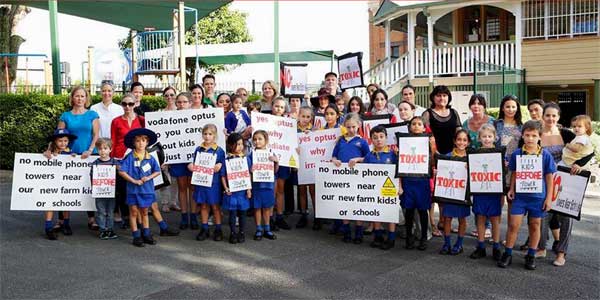 In an interesting development, Optus and Vodafone appear to have invoked their right to compulsory access under the Federal Telecommunications Act 1997. This was done after a reported breakdown in negotiations with the owner of a building they are seeking to fit with a tower. He is presently considering his legal options. There is also significant community objection to this site, which is within 200 metres of the Holy Spirit School. This seems to be against the Department of Education's own guideline for a 500m minimum. The telco's self-assessment that this is a "low-impact facility" does not appear to meet the necessary criteria that it be no higher than 5 metres on a building. You can sign their petition here. https://www.change.org/p/vodafone-and-optus-stop-the-proposed-vodafone-and-optus-mobile-phone-tower-at-92-96-merthyr-road-new-farm-less-than-170m-from-holy-spirit-school?recruiter=297893397&utm_source=share_petition&utm_medium=facebook&utm_campaign=share_facebook_responsive&utm_term=des-lg-no_src-custom_msg

Update From the Maleny QLD Area

Faced with rejection by local property owners, NBN has taken to "road closure" as a new approach to acquire land for towers. They declare a small portion within a large road reserve to be no longer a road, and then lease it for 20 years. This method is being proposed for sites in Hunchy and Peachester. The Hunchy site (224 sq m) was advertised for road closure in April 2013, surveyed in January 2014, and the Development Application lodged on 5 June 2015. A community information session was not held until 17 June 2015. It is about 1.6 Km from the Montville tower and about 2.2 Km from the other Hunchy tower. One resident will be able to see all three.

The Peachester site (80 sq m) was advertised for road closure in May but put on hold until the 14 May information session in Maleny. It was reactivated on 5 June and is open for public objections until 16 July. There was a community information session held at Peachester on 16 June by NBN, attended by about 150 people. They demanded and got a Q&A period. The determined and very relevant questioning put NBN on the back foot. The Maleny group, who sent us the foregoing information, provided assistance to this gathering through their display material and presence. 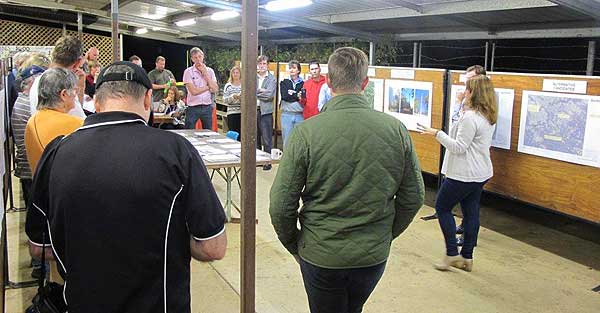 The Q&A session at Peachester QLD.

Eight new mobile phone sites will be built in Richmond NSW as part of the Government’s $100 million "Mobile Phone Blackspot" program. The sites, supposedly based upon customer requests, will be at Possum Creek, Coffee Camp, Clunes, The Channon, Koonorigun, Burringbar and Farrant Hills. All will be developed by Telstra. Under the arrangement Telstra must give other mobile network operators the opportunity to co-locate on the base stations. The first will be rolled out towards the end of this year, and it was announced a further $60 million will be allocated for Round 2. Regions Mobile Phone Blackspots to Be Fixed. http://www.echo.net.au/2015/06/regions-mobile-phone-blackspots-to-be-fixed/

The following notice appeared in the current newsletter of the Shearwater Steiner School in Mullumbimby NSW. "Wireless access points will be removed and replaced with Cat5e cable. This policy decision has been made based on an in-depth review of relevant research on the potential effects on physical health, as well as pedagogical concerns about the negative social and emotional impacts on students of frequent laptop, mobile phone and internet use. We are proud to be the ‘point of difference’ in this respect. Providing your children with an optimal learning environment will always be our priority." http://us1.campaign-archive2.com/?u=a1e1ac81d0185ad2011a5901c&id=3b4327c3f2. Readers who prefer a microwave-free learning environment, or wish to inquire about the methods the school has used, can contact them via their webpage. http://www.shearwater.nsw.edu.au/

The Brain Tumor That Killed the Vice President’s Son Has Been Linked to Cell Phone Radiation. http://www.publichealthwatchdog.com/the-brain-tumor-that-killed-the-vice-presidents-son-has-been-linked-to-cell-phone-radiation/

Cell Phone Radiation Could Be Changing Your Brain. http://www.uncommonwisdomdaily.com/cell-phone-radiation-could-be-changing-your-brain-20926 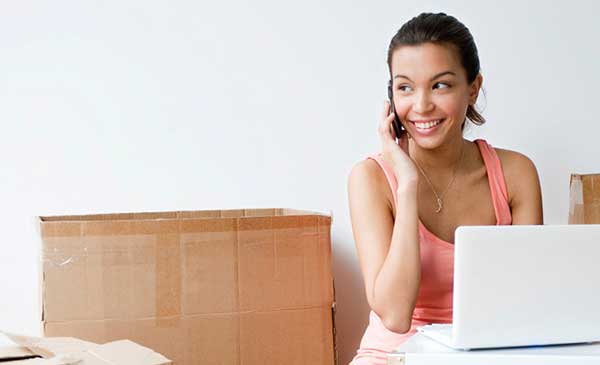 Where is the duty of care? In spite of manufacturers' warnings to the contrary, telco ads persist in depicting wireless devices being held against the body.

Cell Tower on Deering High Roof Undergoes Tests After Fish Die in Classroom. The simplisitic industry view put forth in the article is full of inaccuracies. See if you can spot them. http://www.pressherald.com/2015/06/11/cell-tower-on-deering-high-roof-undergoes-tests-after-fish-die-in-classroom/

Antenna Search - How to Find the Location of Cell Towers (USA). https://www.youtube.com/watch?v=1zJpHB0qNp4, http://www.antennasearch.com/

Telstra is proceeding to fully activate its Wi-Fi network in 250 towns and cities. So far, the 4000 hotspots will be comprised mostly of converted payphone booths, denoted by a pink top. Existing Telstra subscribers can access these to draw on their home broadband allowance when out and about. But the company plans to spread the network much more widely by utilizing privately owned home and business modems. Telstra has about 2.6 million internet customers, more than one million of whom currently have modems capable of becoming hotspots.

As the distinction between consumer products and their service infrastructure blurs, the next trend may be to piggyback hotspots onto the mobile phone network to boost coverage. Could Googles Project Fi Be Cable's Answer to Wireless? http://www.cnet.com/news/could-googles-project-fi-be-cables-answer-to-wireless/ 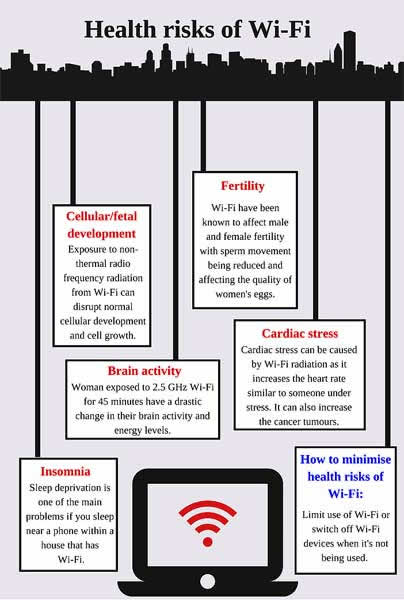 Perth in WA is the latest city to cast a lure for techology-addicted commuters. You can now get Wi-Fi nearly everywhere, or have Wi-Fi get you. Free Wi-Fi Bid on Buses and Trains. https://au.news.yahoo.com/thewest/wa/a/27325482/free-wi-fi-bid-on-buses-trains/ 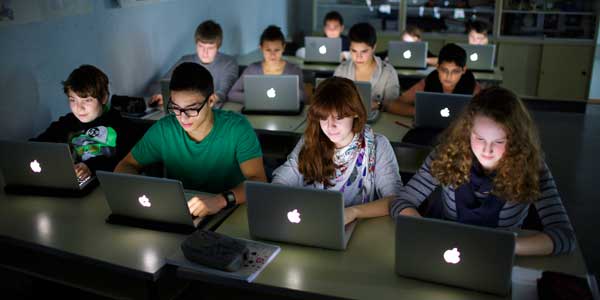 The industry is not happy with Dr. Oz for telling it as he sees it on US national TV. Dr. Oz Alert - Why Cell Phones Could Cause Cancer in Kids. https://www.youtube.com/watch?v=MrC0KHuLrwg

"That the Board of Education of School District No. 61 (Greater Victoria) establish a Technology Stewardship Committee for the following purposes: review of the current status of technology in our schools, review of the EMF research findings (2011-2015) based on peer reviewed independent scientific studies, review of cost implications for the operating budget based on the goals of the I.T. Department, review of health and safety procedures/directives for all of our schools and consideration for establishing one elementary school that provides technology using hard wired internet connections for student learning; this committee shall meet starting in March, 2015." Operations, Policy and Planning Committee (See item 7a). https://district.public.sd61.bc.ca/wp-content/uploads/sites/91/2015/04/04-13-15-Reg-OPPs-Packup.pdf 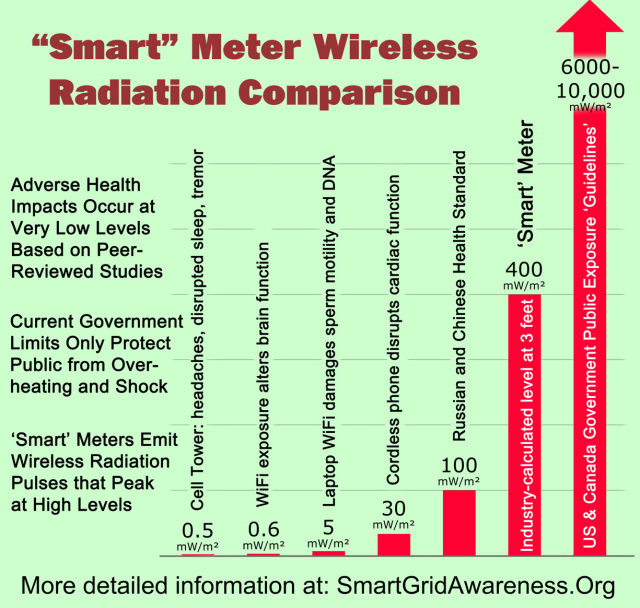 “It is hereby resolved that the Regional District of Okanagan Similkameen does petition the Premier of British Columbia (the Hon. Christy Clark), the Minister of Health (the Hon. Terry Lake), and the Chief Medical Health Officer for BC (Dr. Perry Kendall) to acknowledge the real and rapidly increasing dangers of wireless radiation in all forms; and that the current exposure guidelines adhered to by the Province, namely Health Canada’s Safety Code 6, are outdated and inappropriate." Regional District in BC Canada Calls for Immediate Rollback of Smart Meters. http://smartgridawareness.org/2015/06/03/canadian-regional-district-calls-for-immediate-rollback-of-smart-meters/ 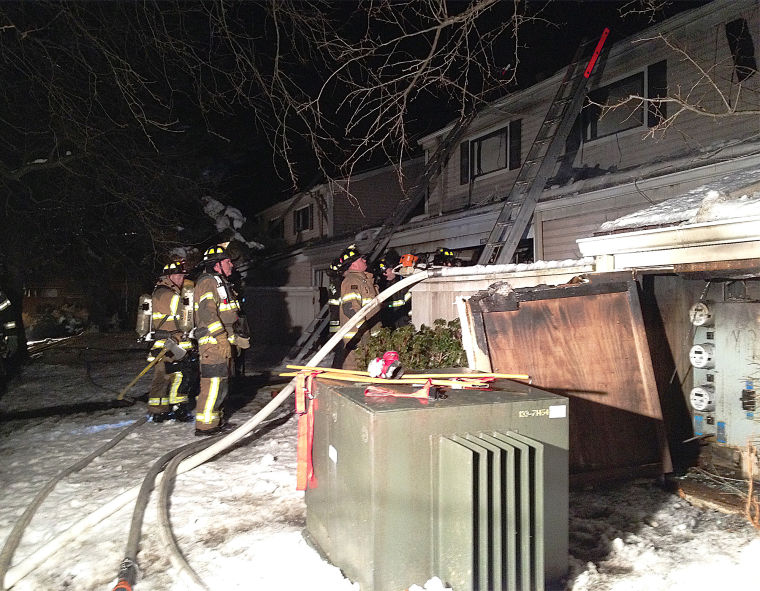 Damage in Bensalem PA which the Fire Chief blamed on a smart meter.

Due to recurring instances of fires associated with smart meters, the National Electrical Manufacturers Association (NEMA) “strongly recommends that all existing meter sockets be thoroughly inspected when electrical meters are installed. They are also concerned that, "The interval between site visits by utility personnel could be as much as 100 times longer than the monthly opportunity for inspection (of analogue meters)." Smart Meter “Malfunction” Causes Pennsylvania Apartment Building Fire. http://smartgridawareness.org/2014/02/14/meter-blamed-for-pennsylvania-fire/

“(A) fundamental difference between the two meter approaches (smart vs. analogue) is that the smart meter relies upon RF radiation to communicate information to other smart meters, the utility and eventually to the ratepayer’s appliances. It now appears that the RF radiation degrades the contacts, causing corrosion resulting in resistance, overheating and ultimately a fire.” Public Comments before the Maryland Public Service Commission, September 28, 2012. https://skyvisionsolutions.files.wordpress.com/2014/08/comments-on-meter-fires-from-msma-final.pdf

According to PG&E's own assessment, circa 2009, smart meters may also interfere with correct operation of ground fault safety devices.

Contrary to most electrical devices, smart meters are not required by law to be certified by Underwriters Laboratories (UL). Smart Meters Safety and Performance Certifications. http://industries.ul.com/energy-and-industrial-systems/smart-meters

The 2004 "final decision" paper from the Essential Services Commission in Victoria that set electricity subscribers up for ever-increasing fees and mandatory microwave exposure. Mandatory Roll-out of Interval Meters for Electricity Customers. http://www.thebackshed.com/forum/uploads/KarlJ/2009-03-08_093433_IMRO_FinalDecisionFinal9July04.pdf

Not Too Clever: Will Smart Meters Be the Next Government IT Disaster? http://www.emraware.com/documents/smart_meters_not_too_clever.pdf

Detailed public submission to the Australian Energy Regulator's draft report of 2011 on the AMI. http://www.aer.gov.au/sites/default/files/Submission%20regarding%202012-15%20AMI%20draft%20determination%20-%20Despina%20and%20Anastasios%20Argyropoulos_3.pdf 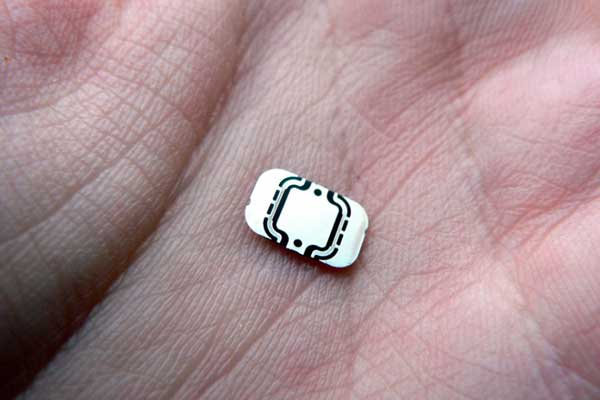 Injected nanoparticles as actuators of brain functions. A Magneto-electric Spin on Stimulating the Brain. http://www.extremetech.com/extreme/207817-a-magnetoelectric-spin-on-stimulating-the-brain

The Matrix movie revisited: turning your body into a battery. Move Over Cotton - This Smart Fabric Could Change Our Lives. http://grist.org/news/move-over-cotton-this-smart-fabric-could-change-our-lives/

Report: "Always-on" Devices Waste 19 Billion Dollars in Energy Annually. That would presumeably include Wi-Fi mesh networks in schools and offices which result in constant exposure for their occupants. http://www.utilitydive.com/news/report-always-on-devices-waste-19b-in-energy-annually/396694/ 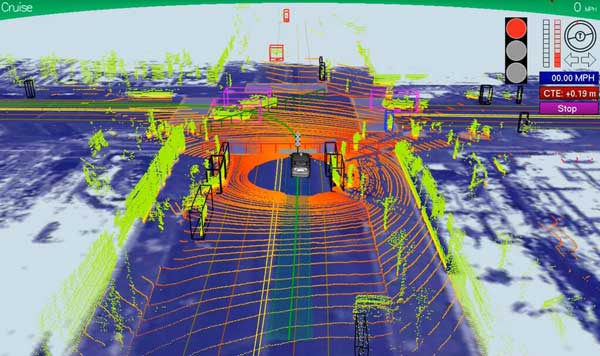 Driverless cars rely upon an array of sensors that emit laser beams, ultrasound and radar microwaves. One rationale for driverless cars is to enable mobile phone use while "driving". How Do Google's Self-driving Cars Work? http://www.alphr.com/cars/7038/how-do-googles-self-driving-cars-work 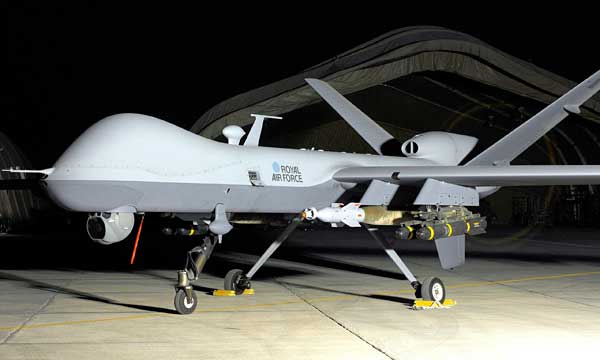 Most of the new towers in Australia utilise 4G LTE. Is there perhaps more to this ubiquity than "keeping people connected"? This is the same network that the US wireless giant Verizon announced would command and control the US Military's unmanned drone fleet. NASA Tests Drone Tracking System with Verizon Cell Network. http://www.mobilitytechzone.com/topics/4g-wirelessevolution/articles/2015/06/11/404890-nasa-tests-drone-tracking-system-with-verizon-cell.htm

Google Chrome Listening In To Your Room Shows The Importance Of Privacy Defense In Depth. https://www.privateinternetaccess.com/blog/2015/06/google-chrome-listening-in-to-your-room-shows-the-importance-of-privacy-defense-in-depth/ 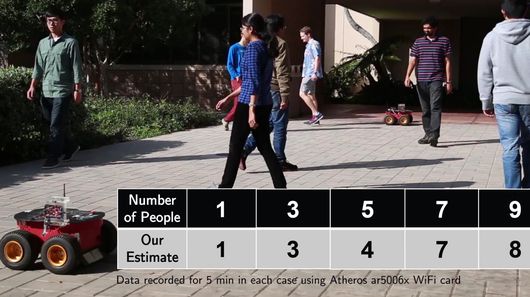 Data and Goliath: The Hidden Battles to Collect Your Data and Control Your World. http://www.amazon.com/Data-Goliath-Battles-Collect-Control-ebook/dp/B00L3KQ1LI/ 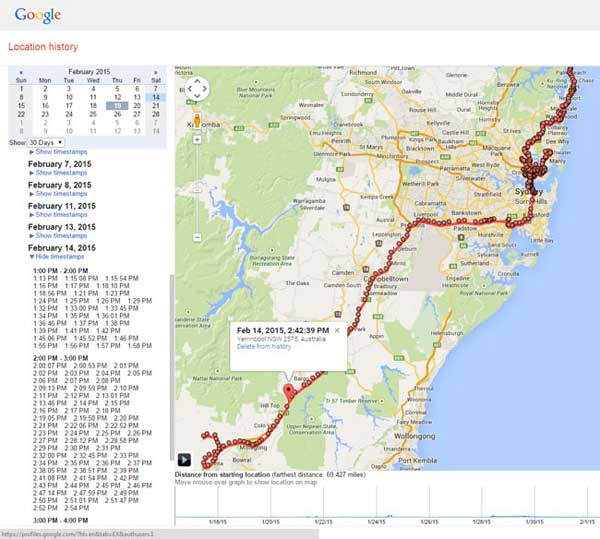 Can you "exist" as electrons? The ultimate in data mining. From Here to Eterni.me - The Quest for Immortality. http://theconversation.com/from-here-to-eterni-me-the-quest-for-digital-immortality-33688

Cooperative Biological Effects Between Ionizing Radiation and Other Physical and Chemical Agents. http://www.researchgate.net/profile/Lorenzo_Manti/publication/42588388_Cooperative_biological_effects_between_ionizing_radiation_and_other_physical_and_chemical_agents/links/0c96051a8bf90912d9000000.pdf 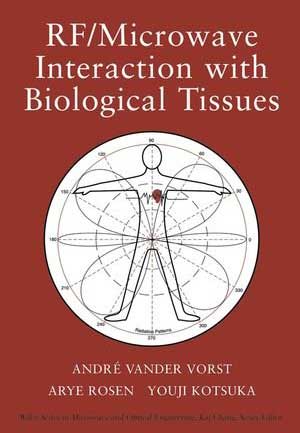 Readers who prefer to get their "facts" unfiltered, may be surprised to learn how much was already known back in 2006. "There is quite a controversy about the possibility of nonthermal or microthermal effects. This controversy is not only scientific; it is largely political and commercial." RF/Microwave Interaction with Biological Tissues (346 page book). http://www.engineering.dartmouth.edu/~d25559k/engg168_files/papers/RF%20Microwave%20Interaction%20with%20Biological%20Tissues%20%28Wiley%20Series%20in%20Microwave%20and%20Optical%20Engineering%29%20by%20Andre%20Vander%20Vorst.pdf 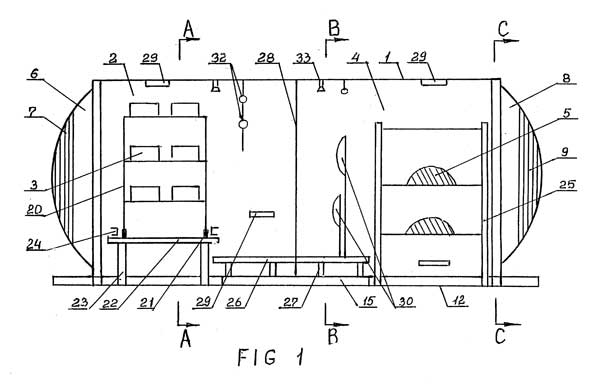 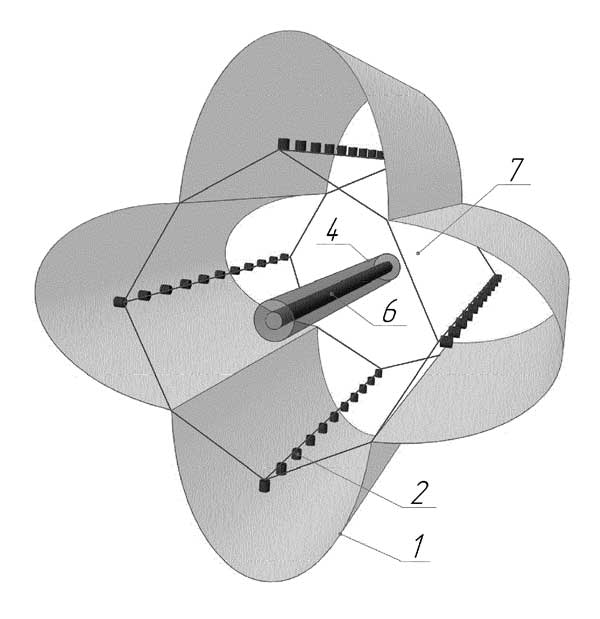 Not feeling yourself lately? Here is fuel for those who suspect the rapid proliferation of wireless technology has a hidden agenda. The patent describes an obscure Russian invention that uses microwaves as an information carrier to re-program DNA in live subjects. Device "Biotron Tszyan-2" for Transmitting a Natural Information Supply to a Biological Object. https://www.google.com/patents/EP0872549A1?cl=en 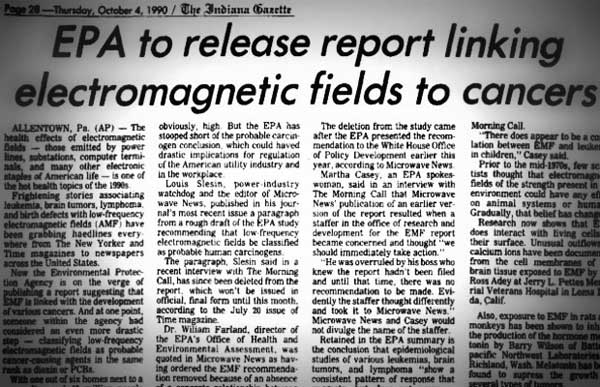 EPA Knew EMFs Were a “Probable Human Carcinogen” Decades Ago and Covered It Up. http://truthstreammedia.com/2015/06/24/epa-knew-emfs-were-a-probable-human-carcinogen-decades-ago-and-covered-it-up/ 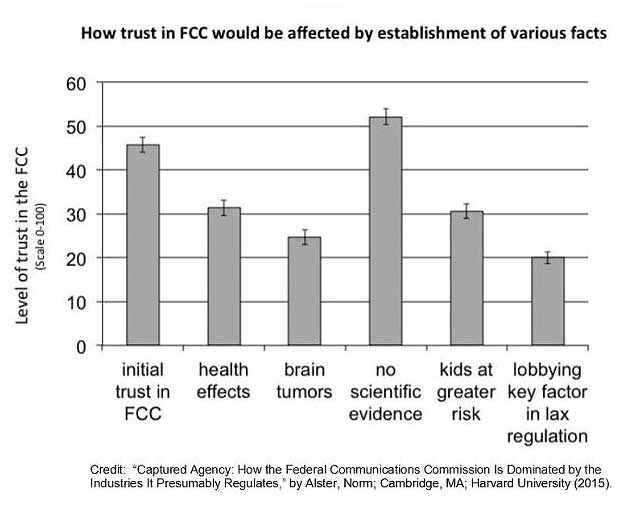 Chart above indicates how public "trust" in the US Federal Communications Commission would be undermined by certain revelations regarding their EMR safety standards.

HESA 2015 Recommendations on Radiofrequency Electromagnetic Radiation and the Health of Canadians. http://www.c4st.org/HESARecommendations

This Bill for "Respecting the Prevention of Potential Health Risks From Radiofrequency Electromagnetic Radiation" was introduced to the Canadian Parliament in January 2015. http://www.c4st.org/PMB 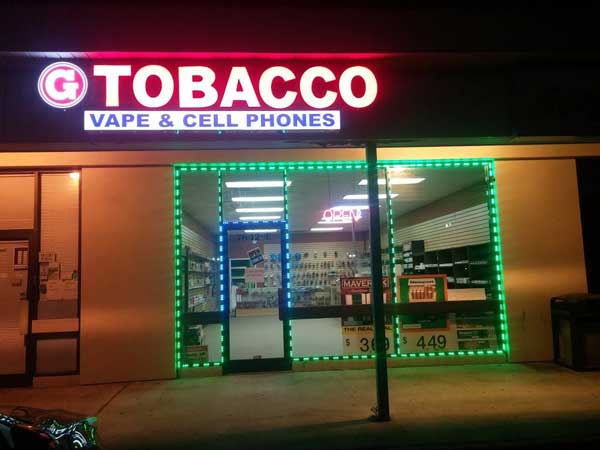 What Cell Phone and Tobacco Research Have in Common. http://www.theepochtimes.com/n3/1353535-what-cell-phone-and-tobacco-research-have-in-common/

Spin in the Antipodes: Political and Corporate Involvement with Cell Phone Research in Australia. http://www.emraware.com/documents/corporate_phone_research.pdf 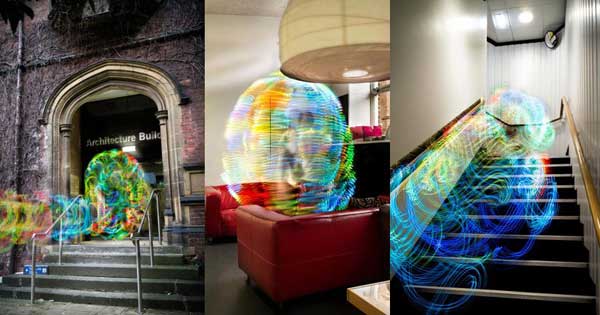 An Android app that produces colour images of the Wi-Fi signals that envelope you. http://www.dailymail.co.uk/sciencetech/article-2662507/Whirling-Wi-Fi-Vibrant-images-reveal-wireless-networks-sweep-surround-us.html#i-1c77bbf1e281a349. Get "Kirlian" on Google Play. https://play.google.com/store/apps/details?id=processing.test.kirlian_device&hl=en_GB

Thinking about emigrating to get away from escalating levels of EMR? Here is a chart of international exposure guidelines. How does your country compare? http://www.emraware.com/documents/emr_exposure_guidelines.pdf

What is an EMF Refugee? See the excellent selection of links at the bottom of this page. http://www.emfanalysis.com/emf-refugee/

The Man Living Alone in the Woods to Escape Wi-Fi and Mobile Phones. http://www.theguardian.com/lifeandstyle/2012/jul/20/man-living-alone-woods-escape-wifi-mobiles

11 Articles On EHS. Living With Electro-Hypersensitivity: A Survival Guide. http://truth11.com/2013/10/25/living-with-electrohypersensitivity-a-survival-guide/

Readers are invited to sign this Sum-of Us petition opposing smart meters. Smart Meters - Are They Really? http://community.sumofus.org/petitions/smart-meters-are-they-really-1